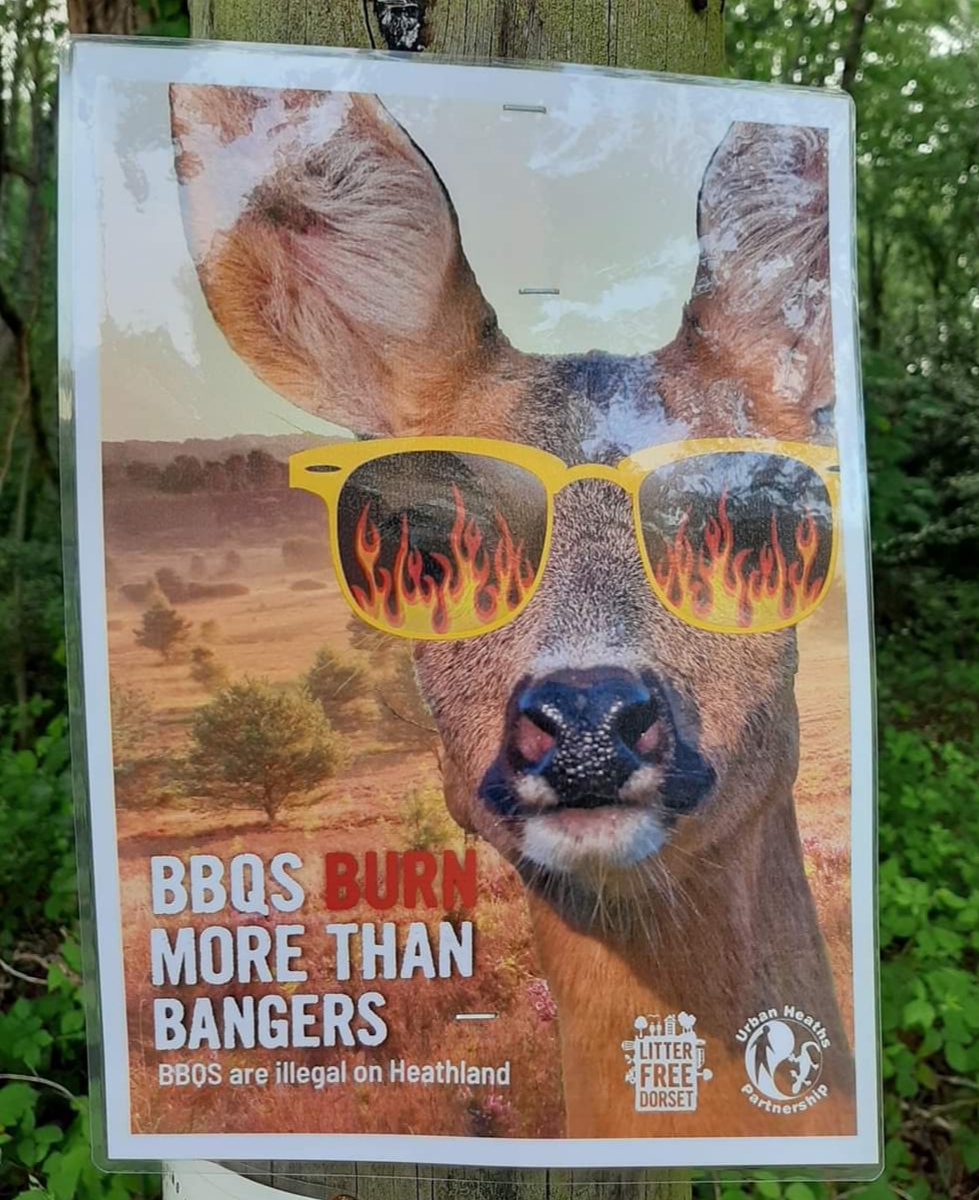 ‘BBQs Burn More Than Bangers’ is a campaign to remind people that BBQs are illegal on heathlands.

On average, Dorset is subject to over 100 heathland wildfires a year, a high proportion of these can be attributed to a heathland barbecue gone wrong. This campaign aims to raise awareness that it is illegal to barbecue on heathland and instead promote the use of alternative, safe, designated barbecuing destinations.

Fire crews are still working on damping down hot spots at Wareham Forest following the fire last weekend. As we enter in to a particularly dry summer period it is more important than ever for us to be responsible and only have BBQs either at home or in designated BBQ areas.

A new animation has been created to spread the message – Take a look below!

How people can get involved and help to reduce fires:

Birds who nest on the ground? Yes it’s true! Young wildlife are very active now and lovely Theodore knows how we can help some of Britain’s rarest birds:

1. Be aware of where birds may be nesting low or on the ground:  especially heathlands, wetlands & some downs.

2. Keep ourselves and our dogs on the paths in those places or go to off-lead places like Canford Park SANG, Upton Country Park, Riversmeet Meadows…

Even friendly dogs may scare parent birds away from their nests leaving eggs or chicks exposed to predators or cold, so look out for signs that tell you there may be birds nesting on the ground and what to do to keep them safe.  For more info check out: Wagi-do-code